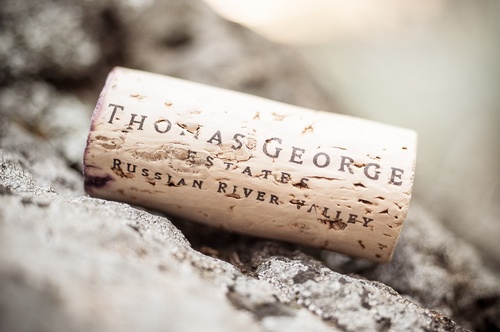 Complimentary for Healdsburg Chamber of Commerce Members.
$5 for guests.

About Thomas George Estates Winery:
Thomas George Estates Winery was established in 2008 when Tom Baker acquired the winery and vineyard of Russian River Valley wine pioneer Davis Bynum. He chose the Russian River Valley and the Davis Bynum Vineyard in particular on the basis of his belief that it is one of the best terroirs anywhere in which to grow and produce Pinot Noir and Chardonnay.

The Davis Bynum vineyard, now named Baker Ridge, was rejuvenated and replanted in 2008 except for two exceptional blocks of Pinot Noir, Backbone Block and Dexter’s Block which remain from the original 1970’s vineyard plantings of Davis Bynum. This vineyard is planted to Pinot Noir, Chardonnay and Grenache Noir.