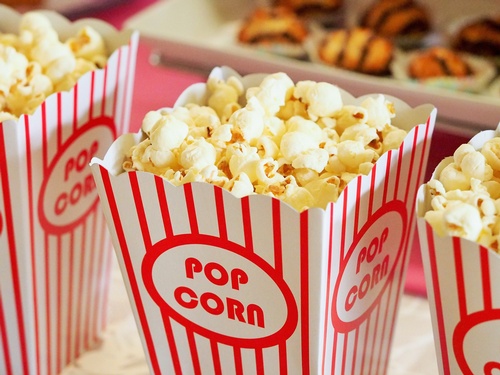 Event Description:
Corazón Healdsburg and the Alexander Valley Film Society are bringing back Spanish language movies to Northern Sonoma County! For four terrific Sunday afternoons, April through December, families can gather for the free film series at the Raven Film Center in Healdsburg. Films will be shown in Spanish with English subtitles and will feature current movies and classic family favorites. Each screening will also feature a post-film discussion. On Saturday, August 10th, film fans, families, and students will gather at the Healdsburg Community Center for an authentic drive-in experience with SELENA on the jumbo screen, local food and drink, and perfect country surroundings.

WHAT: INSTRUCTIONS NOT INCLUDED on April 28, EL BOLERO DE RAQUEL on June 23, SELENA at the Drive-In on August 10, EAST SIDE SUSHI on October 6, and a Title TBD on December 8! Tickets are free and available on a first come first served basis. The series is generously underwritten by the Healdsburg Tourism Improvement District and the City of Healdsburg.

WHO: Families, film fans, and supporters of Corazón Healdsburg and the Alexander Valley Film Society will enjoy five films in Spanish with English subtitles and additional events to be announced.